For a long time, I thought I had been born too late. Had I been around some twenty years earlier, I might have seen the one performer of our century to have attained a truly universal dimension, Yehudi Menuhin, performing during his youth. His fame was so phenomenal right from the start of his very precocious career, the emergence of this young genius clearly touched by a divine spark so kindled public imagination the world over, that Menuhin has remained in collective memory the very symbol of the violin. 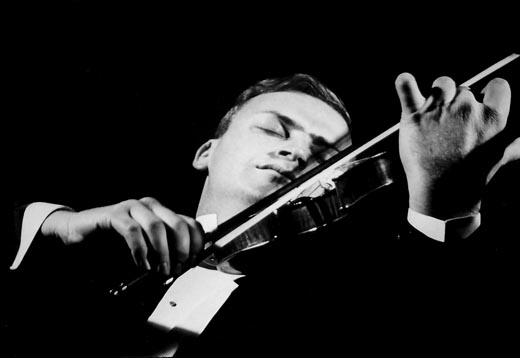 the legend of violin...


On that evening of October 4th 1957 when the Soviet Sputnik was launched, I, a child of thirteen, had just travelled through interstellar space and reached my own star: for the first time in my life, I was attending a concert of Yehudi Menuhin.

Firing, for me, had occurred five years earlier, listening to one of those good old family 78s, a Brahms Hungarian Dance, which was recorded by Menuhin during his miraculous youth and can be heard in this film. That day, I had had the feeling that another child had stretched out his hand to me and fervently, unreservedly opened up his heart. For it was indeed at a very tender age that Yehudi Menuhin was placed into orbit, as we all know; he immediately shone and, making his own the laws of universal attraction, became the most universally famous and beloved musician of our century.

That image of the child prodigy has never faded; nevertheless, the sheer magnitude of the young Menuhin's overwhelming success, the reception accorded to him on every continent by the public at large and by the intellectual and social elite alike, not to mention his most prestigious colleagues, are phenomena whose amplitude is hardly any longer discernible to us, because nowadays we cannot even conceive of a classical musician being ever, before or since, the object of such overall adoration.

Doubtless more than any performer in our century, Yehudi Menuhin has contributed to the fashioning of the musical sensivity of an era by marking every work he touched with his warm unmistakable stamp. Is it not this which, beyond the amazing technique, the resources of an infinitely varied vibrato, the supremely elegant ease of his bowing, the originality of his phrasing and musical thinking, the fierceness of his accents, the heart-rending tenderness of an instantly recognisable sound, the purity and humanity which his sound reveals, the nobility of the man which never appears at fault even to those most closely associated with him, is it not this we have in mind when we speak of Menuhin as of " the greatest violinist of our time ?" 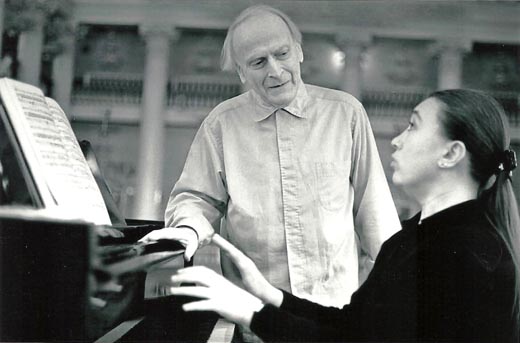 
Throughout his prodigious career, there is hardly a work in the violin repertoire, wheter sonata, concerto, chamber music or showpieces , that Menuhin has not recorded.

I had all the recordings from Menuhin's early period, which runs from 1928 to the end of the war, and gives ample proof of his burning, precocious genius; they fuelled my passion. But as to films, there did not seem to be any with sound, I was indeed born too late and despaired of never seing the young artist's incandescent playing - until the day I dug up some extraordinary 1943 footage: I finally recaptured those twenty years I had missed. 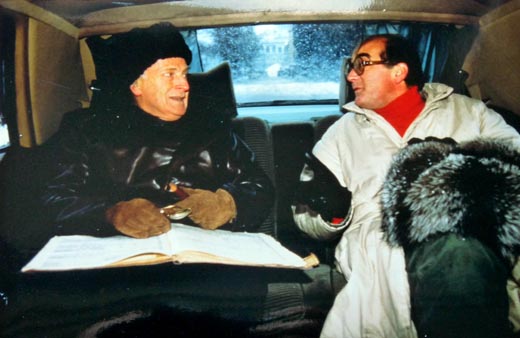 
Although I have since found other pieces of film from that period, and have done the rounds of the television archives about Menuhin (from the start of the 60s, the material seems to be inexhaustible), it was this one which was to provide the basis of a retrospective film which I dreamed of for years. Obviously this was not to be a re-make of what I myself or others had already been able to produce in preceding decades, nor a snapshot of Menuhin at a particular moment in his existence. Nor would it be a tribute accompanied by glowing testimonials. Menuhin would tell his own story, and what modesty prevented him from saying, I would make plain by purely cinematic means. In short, I would give the film the form of a souvenir album, and it would be as if Menuhin himself was leafing through it for us, chapter by chapter, in such a way that there would finally appear, however briefly and elliptically, the immensity and dumbfounding variety of the field covered by the artist's activities both as a musician and as a man.

For someone still in the thick of his career (conducting still stakes Menuhin around the world) this intense and bitter-sweet exercice in retrospection surely cannot have been easy. Totally cooperative with us, Menuhin threw himself into it whole-heartedly, with a great sense of humour and overwhelming humanity. All that, I believe, comes across strongly in the present film, which also carries the mark of my infinite gratitude to the man who has given to my own existence a part of its meaning. 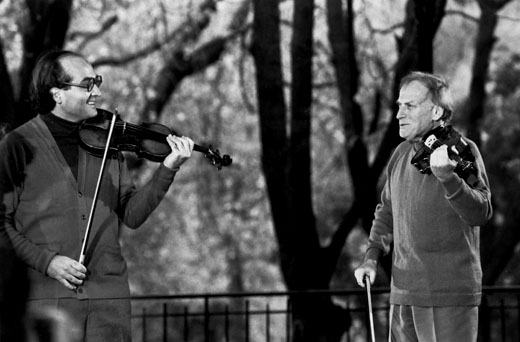 Bartok at the Buttes-Chaumont - Paris 1977

For more than twenty years I have been filming Menuhin; I have never tired of it.