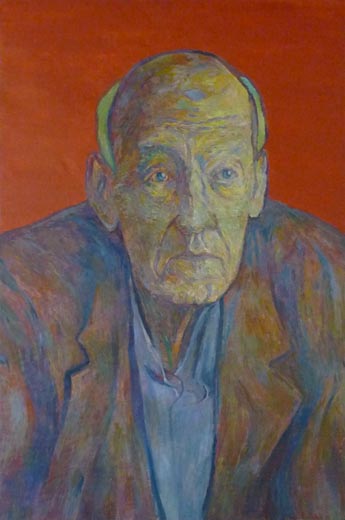 Making a film without pictures! Such was the riddle to which, for a long time, I could not find a solution during the intense gestation period of the present film on Sviatoslav Richter, the last, to date, of those musical giants to whom I passionately wished to devote the emotional resources I felt capable of communicating in a cinematic form. When Richter and I started working on this project, it was something so vague in his mind that the presence of a camera was totally ruled out. It was only after about two years of almost daily encounters with him that I finally succeeded in imagining a shooting structure which was somehow acceptable to him. I have extensively discussed this subject elsewhere (Bottom page note: See "Richter", Van de Velde/Arte Publishers), and will not return to it here. However, what were the possible alternatives? To use the conversations I was tape-recording with Richter, as a narrative for a film that would otherwise be exclusively made up of concert archive footage, and in the couse of which not once would his voice be identified with a face? Yes, I certainly could have done that, and out would have come a pleasant, traditional documentary film which had nothing to do with the huge fresco for which I was striving. Another method would have consisted in resorting to testimonies. That was the easy solution; based on a sufficiently vigorous thesis, this could have been instrumental in revealing the tensions and contradictions present in the life of every artist, to manufacture a cute, delightfully objective television programme, nicely supplied with the conventional paraphernalia of well-balanced critical judgments and debate, ending up, as is almost always the case in a hagiographic statement. 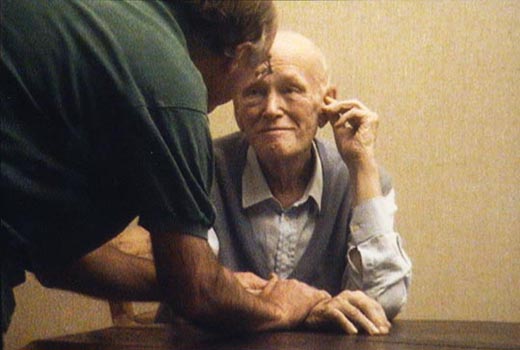 I vehemently resisted these notions . I was endeavouring to make a film on a unique artist who was the very opposite of convention, who had nothing "cute" about him; if there indeed were "tensions and contradictions", they would anyhow surface in what I would get him to say, in his quirky, sour, humorous, very personal way of telling us his own story. There would be no judgments, no outside points of view, not even commentaries, save for a text which I would write, and which would unwind at the beginning of the film, accompanied by the slow movement of Schubert's last sonata which would set the mood of the whole piece and would also conclude it. If anything, it would be a passionately subjective statement. I believe that Richter eventually accepted to lend himself to the camera because, consciously or not, he had detected in me an unflinching resolution to escape the conventions of the portrait genre.

The performing musicians with whom I have a real affinity, those who seem to me the truly importants ones, are those who reach beyond the instrument they happen to play, who travel within themselves and do not just rely on the parameters of the instrument in order to express music. It's not because one can draw flattering sounds from the G string of the violin, that one should yield to the temptation of using it in Bach's Chaconne. The instrument is nothing more than an instrument, it does not dictate one's musical thinking, nor does one exploit it in order to bring one's relationship to it to the center of attention, but rather to give the listener a sense of intimacy with the music one plays. Amongst all the great instrumentalists with whom I have had the privilege to work, few as forcefully as Richter create that extraordinary impression of "dematerializing" music. Like a cannon which would fire a shell without recoiling, like a plane which would take off vertically without momentum, he is capable of varying colours ad infinitum, with or without gradation, of alternating the most tenuous pianissimo and the most volcanic fortissimo without caesura or force of inertia. If he does occasionally give the impression of a struggle with matter, it is in order to pulverize it, to give life to a pure singing tone, whether in the exhilaration of hysterically virtuoso pieces in which his fingers seem to push back the limits of the physically possible, or in the extreme slowness of adagios to which he can, like almost no one else, impart a sense of complete immobility.

The career of Sviatoslav Richter, the impact he has had on his audiences as well as on his colleagues ( he is the only one who, by unanimous agreement, is considered to be one of the greatest pianists of all time), cannot be reduced to any standard pattern. After spending his almost wild childhood and adolescent years, without any kind of academic education, in Odessa, where he learned the piano and music by himself, and where he was hired as a coach at the Opera at the age of fifteen, he then turned up in Moscow in 1937.

At an age when most great pianists have already started a career, he became a student. Heinrich Neuhaus, an immensely famous Soviet pianist and pedagogue in his time, was captivated by the "genius" of this unknown young man and took him without further ado under his wing in his class at the Moscow Consevatory, where Richter followed a completely atypical curriculum. It was the worst period of Stalin's regime, yet, unthinkable as it may sound, Richter refused to attend the compulsory classes, where political indoctrination was performed on everyone without exception. As a result, he was expelled twice from the Conservatory, although each time re-admitted after Neuhaus' entreaties. He was then noticed by Prokofiev, who asked him to play his fifth piano concerto "which has no success when he, Prokofiev, plays it". The concert, given under the composer's baton, was an overwhelming success; it was in 1941, and what occured was not so much the launching of a career as the birth of a legend. 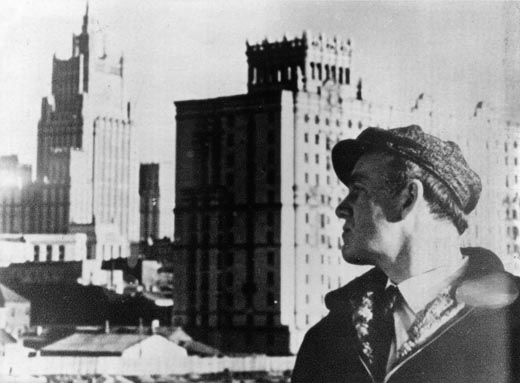 From then on, Richter travelled to every corner of the Soviet Union, and gradually enlarged his repertoire to probably unequalled proportions ( toward the end of his life, he had around eighty recital and concerto programmes in his brain and fingers - not counting chamber music and operas, such as the entire Wagner output, every note and word of which he knew by heart !). Yet, for unclear reasons, which were in fact related to his family background, he was not allowed to travel abroad, apart from Soviet bloc countries. But, be it in terms of international fame or of personal comfort, Richter sought and requested nothing , unlike most of his colleagues, for whom concert tours in the West offered the only opportunity to improve somewhat the material conditions of their lives. He was also the only major soloist of his generation and country to reject, by total lack of concern rather than by a deliberate act of rebellion, any kind of Party membership. An exclusively Soviet career did not frighten him; nothing could actually frighten him. He was so immune and so indifferent to things unrelated to art, that no one could gain a hold over him; that was his great strength.

When he was finally allowed to perform in the West, first in Finland in May 1961, then in the United States in October of the same year, he was forty-six years old. His début in America, with a series of eight concerts at Carnegie Hall, produced an earthquake in the musical world. Subsequently, he appeared in England, France, Germany, Italy, Scandinavia, and later on in Japan, countries the length and breadth of which he travelled all through the 1960s. 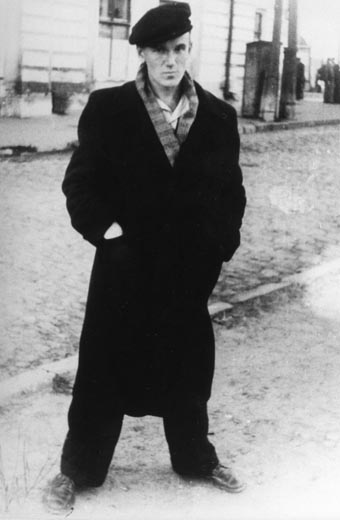 He did not lend himself for very long, however, to the conventions of the international concert circuit; allergic as he was to any form of planning , he played where and when he felt like it, frequently imposing programmes of unusual scope on audiences mesmerized by the telluric power as well as by the infinite delicacy of his playing style.

After four concert tours in the United States, he declined all further invitations to appear in a country which he abhorred, with the exception, he said, of three things: "museums, orchestras and cocktails".

He launched festivals in France (the "Fêtes musicales de Touraine"at the "Grange de Meslay" near Tours) in 1964, and later on in Moscow (the "December evenings" at the Pushkin Museum), but also sometimes remained unseen for months at a time.

He is strongly addicted to chamber music for which his regular partners are Mstislav Rostropovitch, David Oïstrakh, and the Borodin Quartet; he accompanied singers, Nina Dorliac and Dietrich Fischer-Dieskau, in Lieder recitals; he played with a great many young musicians, the violinist Oleg Kagan and his wife, the cellist Natasha Gutman, the viola player Yuri Bashmet, the pianists Zoltan Kocsis, Andreï Gavrilov, Elizabeth Leonskaïa, whose reputations he helped to establish , as well as with the most illustrious conductors of his time. From the beginning of the 1980s, he performed exclusively from the score, on stages plunged in almost complete darkness where his massive silhouette could hardly be distinguished, thus creating a gripping atmosphere, convinced that he protected the listener from voyeuristic temptation. 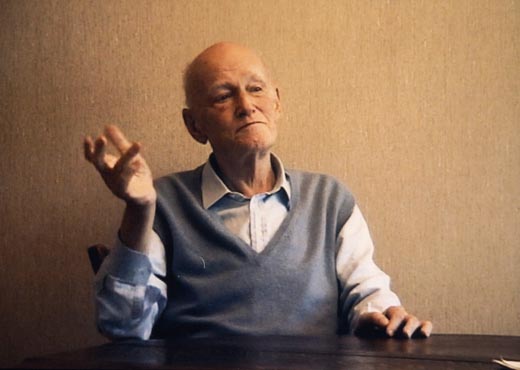 The Yamaha Corporation puts at his permanent disposal two concert grand pianos which travel with him ( together with their appropriate maintenance technicians) wherever his fantasy dictated him to go. At the age of well over seventy, he left Moscow by car, not to return for another six months later; in the meantime, he was driven all the way to Vladivostok and back, plus a short jaunt to Japan, in conditions one hardly dares imagine, and gave one hundred and fifty concerts in some of the most remote corners of Siberia. The missionary had given preference to the fervour of Novokuznetzk, Kurgan, Krasnoïarsk, Tchita and Irkutsk, over the mundane acclaim of Carnegie Hall.